Challenges to Democracy (hint: it’s all about Education!)

I recently read a really interesting article from The Economist regarding education and threats to democracy.  Here are some highlights, and a link to learn more…

This is a key paragraph, looking at the USA:

“In America civic-education classes no longer cover what life is like in non-democracies. Schools used to educate their charges about life in the Soviet Union, points out Richard Kahlenberg of The Century Foundation, a think-tank, making the case for democracy by comparison. But when the cold war ended, that stopped. He thinks declining support for democratic values is a partial consequence. “It’s easy to be sceptical [about the value of democracy] when you don’t know anything different,” he says. Without context to help them appreciate the benefits and safeguards afforded by democracy, young people may be vulnerable to emotional appeals to nationalism and fiery rhetoric about seizing power from “elites”.

What should be done?

“The best civic-education classes do more than impart knowledge about how government works. They create environments in which pupils get used to the tools of democracy, such as debating controversial issues and disagreeing respectfully. 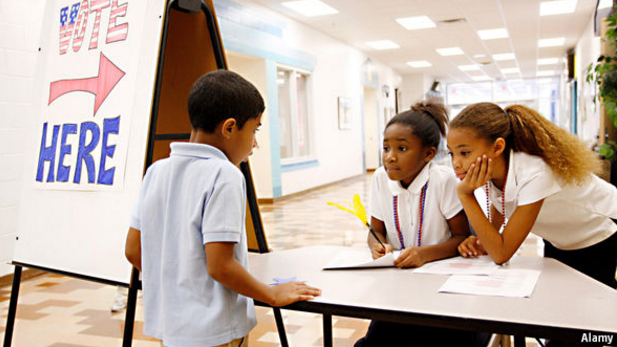 The Economist: How to Teach Democracy in Schools

What do you think about the trend of “political correctness” on campus? Does it stifle free speech? Free-flow of ideas? Is there a value in being confronted with uncomfortable ideas? Would you rather have an argument with someone (whose ideas might be repulsive or insulting)… or would you rather use the power of protest to remove that individual from campus?

This site uses Akismet to reduce spam. Learn how your comment data is processed.